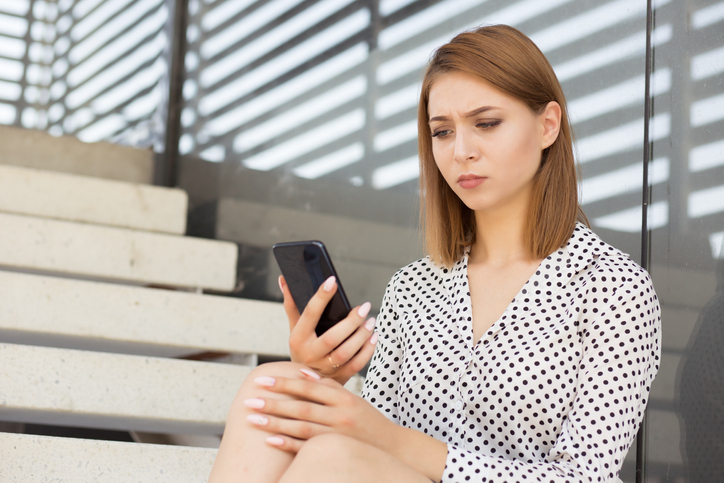 My colleague, Nancy Zalusky Berg, once told me, “You never truly know someone until you go through a divorce with them.” Suddenly—under the pressure of pending divorce proceedings, mediations, and custody evaluations—the person you had vowed to love until death do you part is unrecognizable.

As the acrimony builds, some people turn to sharing their stories publicly. Because attorneys tend to limit the information presented to the Court, it is natural that one of the persons (if not both) may feel like they have not been allowed to tell their story, that they have been prevented from being heard. Queue social media platforms for the storytelling.

It is not uncommon to see a GoFundMe page focused on financing a custody fight, a blog series about the court systems, or Facebook rants about a divorce proceeding that did not go favorably. This type of behavior typically prompts the disparaged person to seek an order from the Court prohibiting the disparaging person from posting disparaging remarks about them or the divorce on social media. These requests are frequently granted.

On May 9, 2020, the New York Times ran a story about a recent case from Massachusetts dealing with this exact issue. The parties in the midst of a divorce proceeding were prohibited from posting disparaging remarks about each other on social media until their son reached the age of 14 years old. The Judge specifically prohibited the parties from using specific expletives to describe each other and posting photos of their son in inappropriate poses. The Court placed this order on hold to be reviewed on constitutional grounds. In a landmark decision, the Massachusetts Supreme Judicial Court found this order to be unconstitutional. You can read the full decision here.

In Minnesota, in a final stipulated order, it is common practice amongst family law attorneys to include a clause that prohibits either parent from making disparaging remarks to the children about the other parent. The courts also include such a clause in their orders. Whether by stipulation or an order by the Court, the “non-disparagement” clause is typically limited to comments made by the parents to the child.

But even if there is nothing in your final order prohibiting you from sharing your story and your feelings about your ex-spouse or co-parent on social media, should you really do it? The answer is NO. Will it feel good to blast him/her? Sure. Will it feel liberating to let all your friends and followers know “the Truth?” Absolutely, but the euphoria won’t last, and neither will some of your friendships. Will it solve any problems? Not one bit, but it will sure create some new ones.

We Are Thrilled To Announce!
We are thrilled to announce Nancy Zalusky Berg has been recognized in the 27th Edition of The Best Lawyers in America©, and Ruta Johnsen has been included in the Inaugural Edition of Best Lawyers: Ones to Watch for their work in Family Law.
Read more
Social Media Mindfulness: Think before you post!
By Ruta Johnsen My colleague, Nancy Zalusky Berg, once told me, “You never truly know someone until you go through a divorce with them.” Suddenly—under the pressure of pending divorce proceedings, mediations, and custody evaluations—the person you had vowed to love until death do you part is unrecognizable. As the
Read more
Covid-19 and NZB
The Covid-19 Virus and NZB Family Law: Our team is healthy, working from home and open for business remotely. While we miss the comradery of being together in person at the office, we are loving and adapting to our virtual world! Orders from Governor Tim Walz and our Minnesota Supreme
Read more